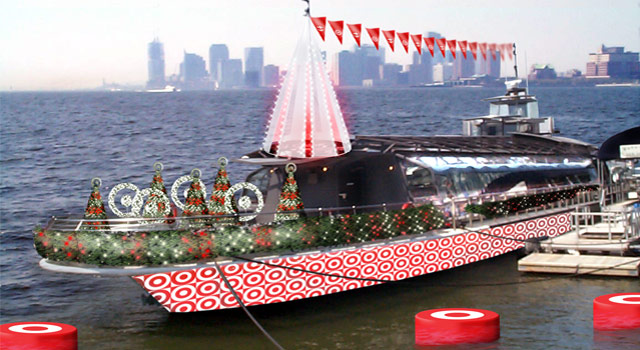 ERA404 is Right On Target

NEW YORK CITY—Following the launch of the Target Corporation’s New York City holiday promotion, the USS Target, nothing but praises could be heard from the boat’s producer and event coordinator, Rand Burrus.

Mr. Burrus, of RANDM is no stranger to working with accounts the size of the USS Target. The list of businesses and people they’ve worked with is almost as impressive as the events they produce: Armani, BCBG, Disney, Gap, General Motors, Nautica, Ralph Lauren and Estee Lauder, just to name a few. END_OF_DOCUMENT_TOKEN_TO_BE_REPLACED