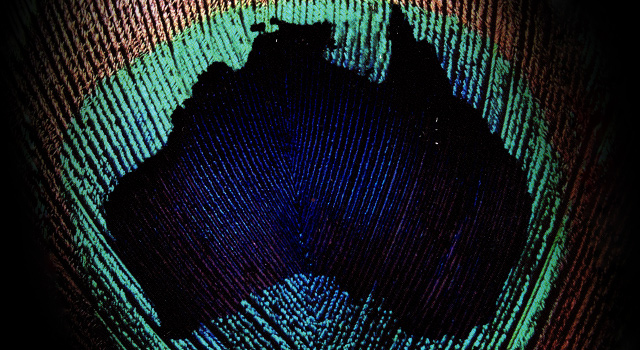 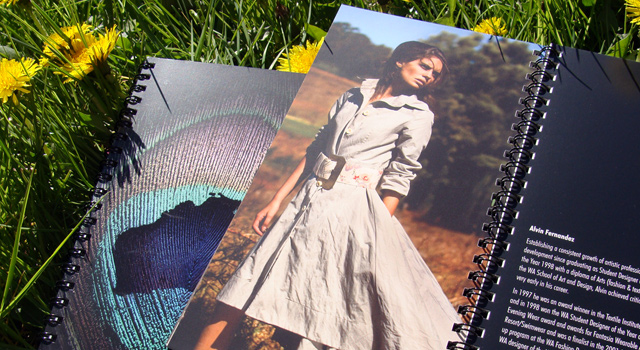 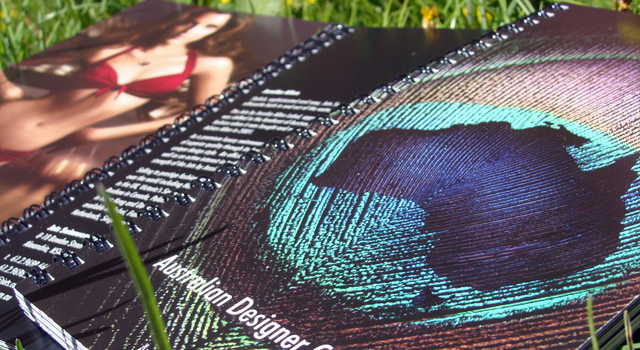 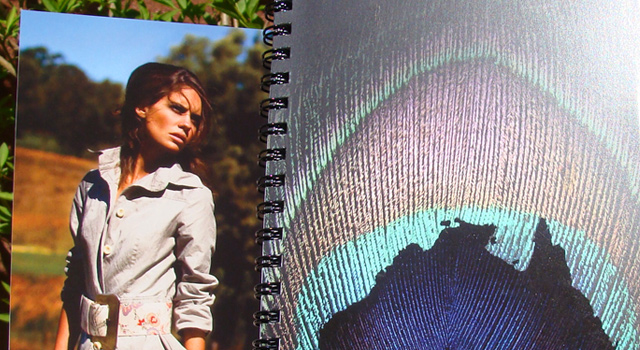 Prashanti Kanagasabai, Business Development Manager for The Australian Trade Commission (AusTrade) in New York City hired ERA404 to design the booklet to accompany their event, The Australian Designers Collection. The fashion show in January will unveil Australian fashion designers to the United States and is part of the Ford SuperModels of the World event. The wiro-bound booklet features 16 designers with bios and samples of their work and was printed at Hudson Printing in Long Island City. 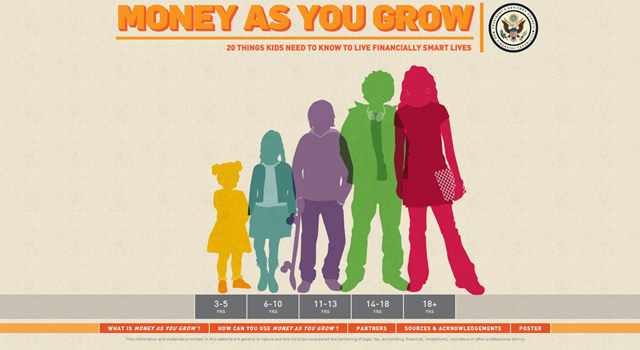 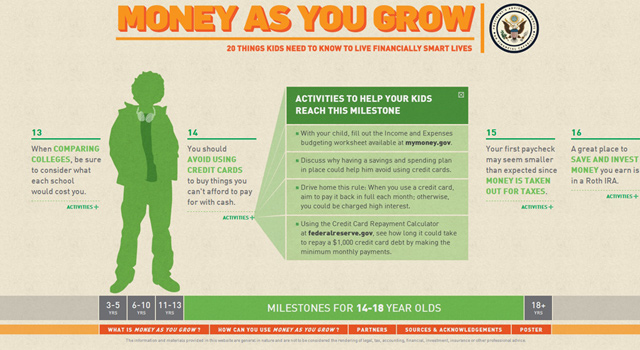 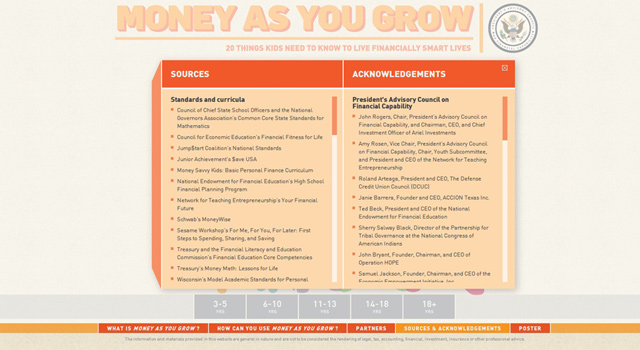 Money As You Grow

Money as You Grow, developed by the President’s Advisory Council on Financial Capability, provides 20 essential, age-appropriate financial lessons—with corresponding activities—that kids need to know as they grow. Written in down-to-earth language for children and their families, Money as You Grow helps equip kids with the knowledge they need to live fiscally fit lives.

The Beth Kobliner Company hired ERA404 to develop the site, designed by Emily Oberman and Pentagram. Money As You Grow is coded in HTML5, CSS3 and JQuery to infuse energetic animation for web, mobile and tablet devices. 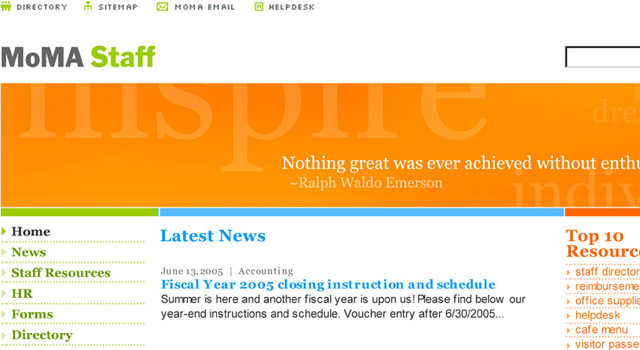 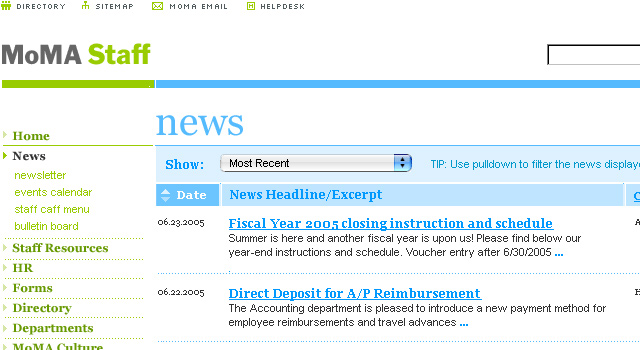 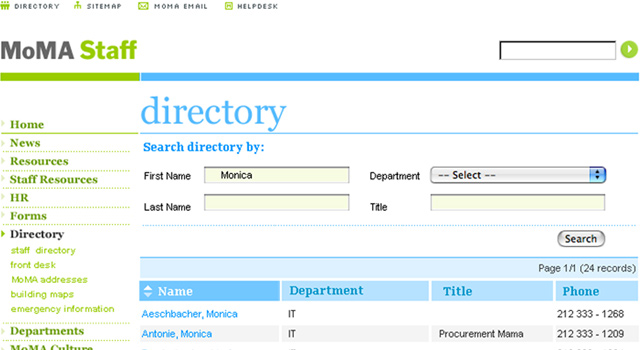 In an effort to empower the staff of MoMA and PS1, IT Procurement Manager Monica Antonie approached SwissMiss and ERA404 to produce an intranet. The site features the clean, utilitarian design of Tina Roth Eisenberg coupled with ERA404 Content Management System (CMS). 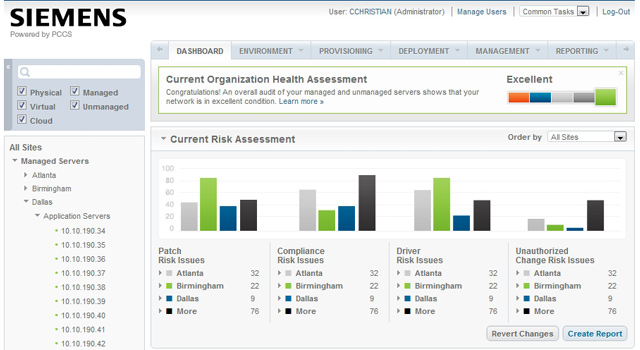 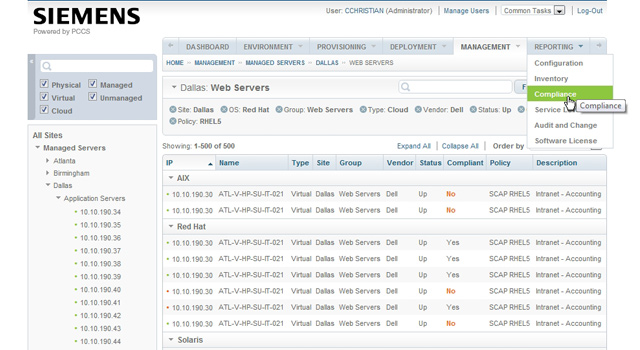 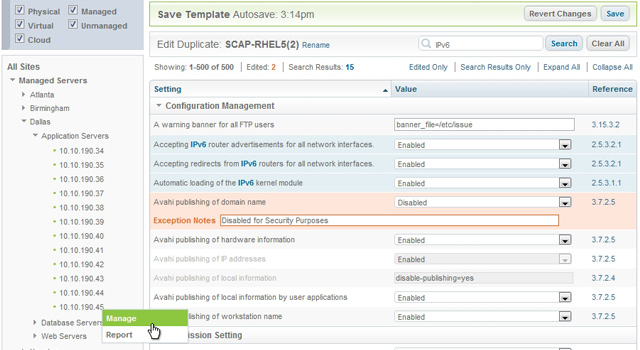 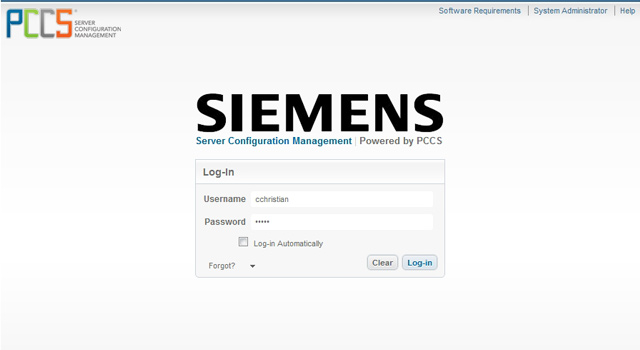 Chris Christian hired ERA404 for the strategy/organization, design and encode the prototype for PCCS, an application that enables system administrators to manage networks of computers. The prototype (built in HTML5, CSS3 and JQuery) contains sample application screens, marketing and configuration pages.